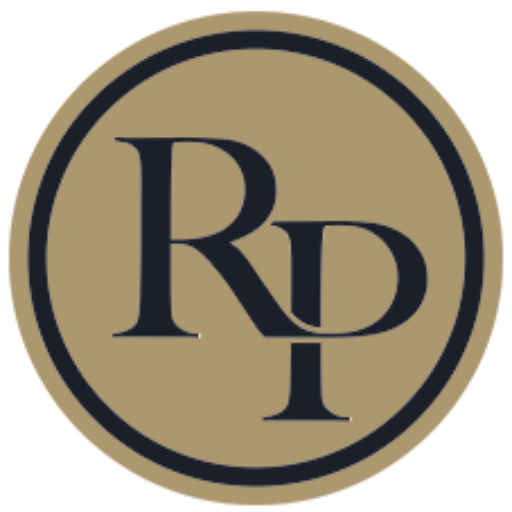 Life has an unexpected way of giving you amazing experiences you never even knew to ask for.

We knew we enjoyed cycling. We knew we loved to travel as a family. We also knew we loved spending time with our friends and enjoying wines together. Little did we know that we would have the opportunity to combine all these blessings. During family bicycle trips in France and Italy, we were honored to be invited into the homes of families where wine-making had been handed down for generations. We could taste the passion in every glass they shared, as they told of how they respected their vineyards, and the meticulous care they used to produce their amazing wines. What a gift that was!

It was during one of those trips that we were given wonderful advice: 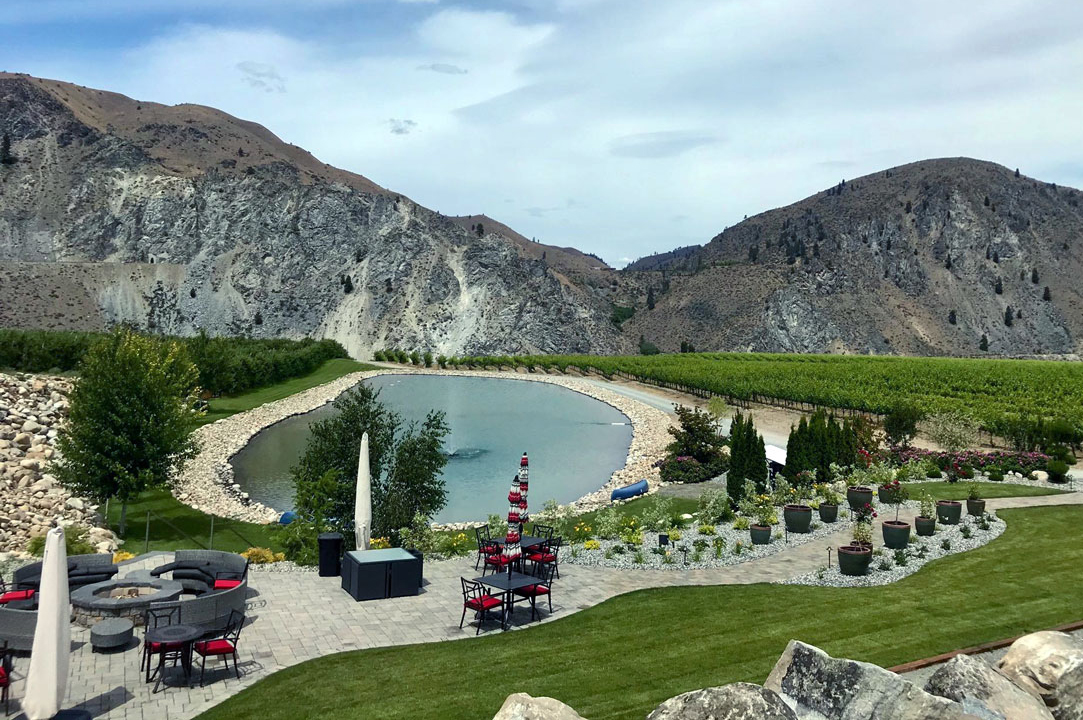 Three years later we bought a one-acre lot on the Columbia River in Eastern Washington, thinking it would be fun to plant a few vines, make a little wine, to remember those trips by. But we soon discovered that, just as vines dig roots deep into the soil, they’d sunk those roots deep into us, too.

One month later we were digging test pits for soil content. Next we hired a vineyard consultant to determine what, and where to plant, our favorite wine varietals. Then working with a consulting winemaker he told us that our instincts had been right; namely, that the soil around us was both unique and amazing. So we bought more.

And so, with the acquisition of the amazing Clos CheValle as well as our Double D Vineyard, Rocky Pond Estate Winery came to life, born of love, dedication, and maybe a little, inspired madness.

As a family, we are grateful for all the talented professionals who came into our lives to develop our vineyards and to help us create truly great wines. With all these miracles sent our way, we need to celebrate! It was an experience we didn’t know to ask for, and yet a gift we were given.

And, keeping with the advice we were given – that wine is meant to be celebrated with family and friends – we are excited and honored to share this gift with you.

We invite you to become a friend, celebrate life to the fullest,
and join us at Rocky Pond.

We will be forever grateful to all of our team for both their expertise and dedication. 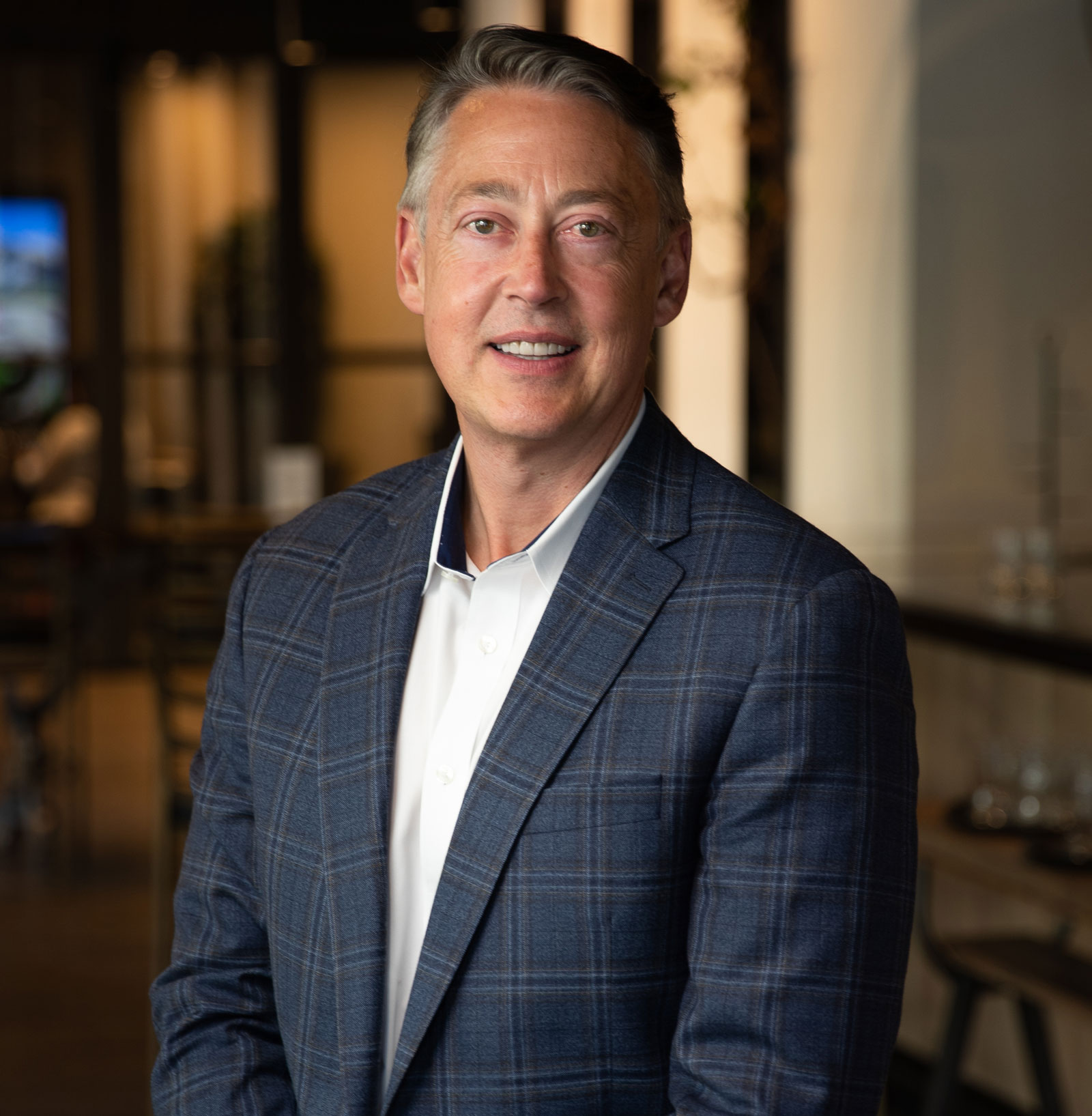 John comes to Rocky Pond Estate Winery as an industry veteran of over 20 years. Originally from the Bay Area, he relocated to attend the University of Washington. After graduation, his career path lead him into a dynamic career in sales in the high-tech and communications industry. In 2000 he joined Quilceda Creek winery. Starting his wine career in the cellar, John has operational expertise in all aspects of running a winery. He is part owner of two vineyards—one located in the Red Mountain AVA and another in the Horse Heaven Hills AVA.

“It is an honor to be assuming the role of President for Rocky Pond Estate Winery. The Dufenhorst family has quietly been building an undiscovered paradise in one of the most beautiful and soon-to-be discovered corners of Washington. I am excited to offer guidance to an already dynamic team of experienced professionals as we continue to elevate our winemaking, vineyard management, event offerings, and overall high-touch consumer experiences.” 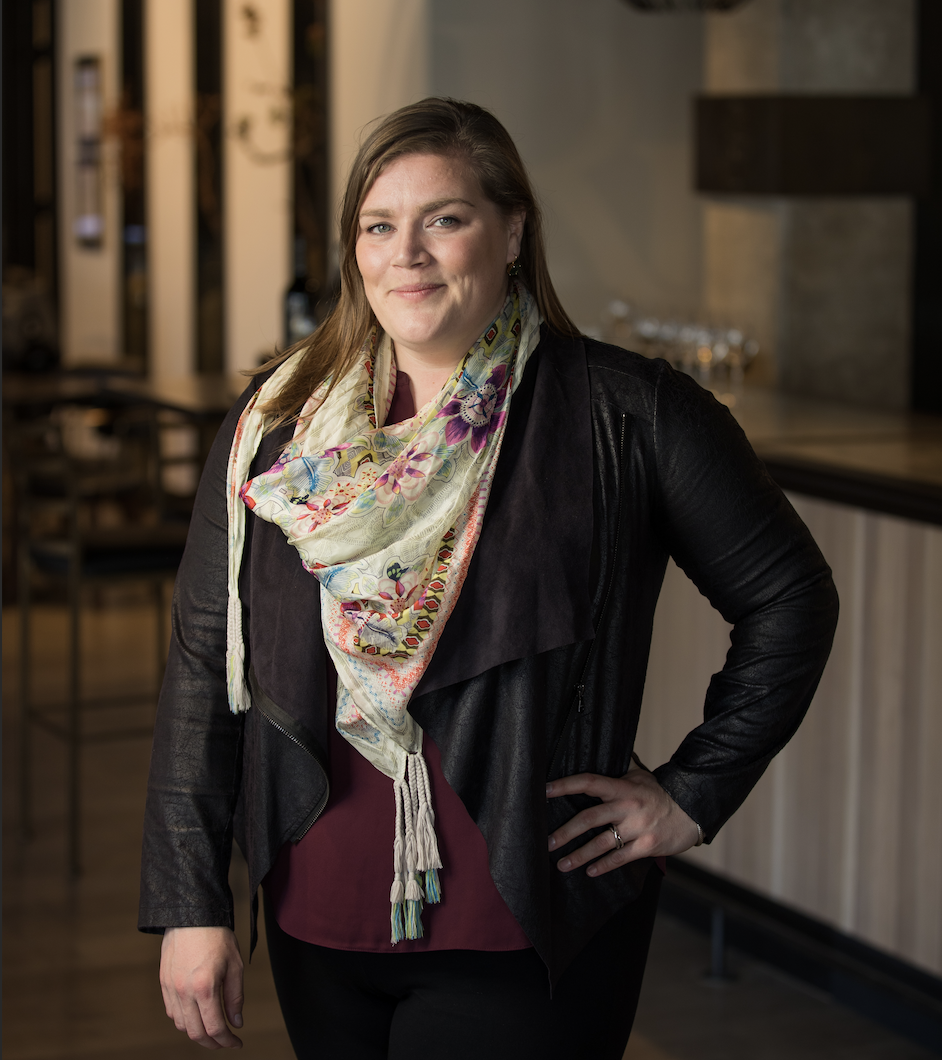 Elizabeth joins us from Napa Valley where she most recently held the title of Assistant Winemaker at HALL Family Wines where she crafted wines for the famed California producer’s three-brand portfolio (HALL, Walt, and Baca).

Before working at HALL Family, Keyser had key winemaking positions with California’s Cliff Lede in Yountville, A to Z Wineworks in Newberg, Oregon, and Hardy’s Tintara in the McLaren Vale region of Australia and obtained her master’s degree with a concentration in enology from Cornell University.

Her deep understanding of multiple varietals and styles ensures that she will be the ideal fit when working with Rocky Pond’s portfolio of premium wines.

Elizabeth is no stranger to the intricacies of making wine in an emerging AVA such as the Columbia Valley. Having earned her stripes early on in New York’s Finger Lakes, she is inspired by the community spirit and forward-thinking that is often found in up-and-coming wine regions.

“I look at this as a challenge to think creatively and perhaps step out of some preconceived notions about Washington wine,” says Keyser. “Making wine in an up-and-coming region is an incomparable opportunity to push boundaries.” 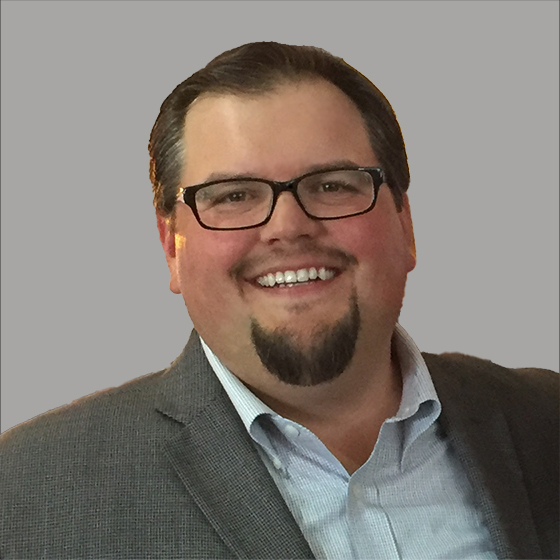 Collins is a native of the Lake Chelan Valley as a fourth-generation orchardist. After receiving a Bachelor of Arts in Communication from Washington State University, his interests in farming and agriculture encouraged him to pursue the field of viticulture and enology after getting a taste of the preliminary Lake Chelan Wine industry where he began his first sales position in 2003.

Shane worked for Spring Valley Vineyard in Walla Walla, under Winemaker Serge Laville, as well as the vineyards of Red Willow, Evergreen, and Otis for Columbia and Covey Run wineries while studying viticulture and fermentation science at the Institute of Enology and Viticulture. His desire and passion for the Lake Chelan area and its unique soil and climatic qualities brought Shane back to the Chelan Valley where he has been growing grapes and making wine since 2007.

Shane currently is in his 4th term as a board member of the Lake Chelan Wine Alliance since 2009, serving as the alliance chair for two years, vice chair for two years, and currently a 4th year as treasurer. He has worked on committee and board positions of the Cascade Valley Wine Country of the greater Chelan County area and is currently the Chair of the Washington Winegrowers Association and government affairs co-chair. Shane is proud to provide a voice from the expanding Lake Chelan AVA and surrounding areas of North Central Washington. 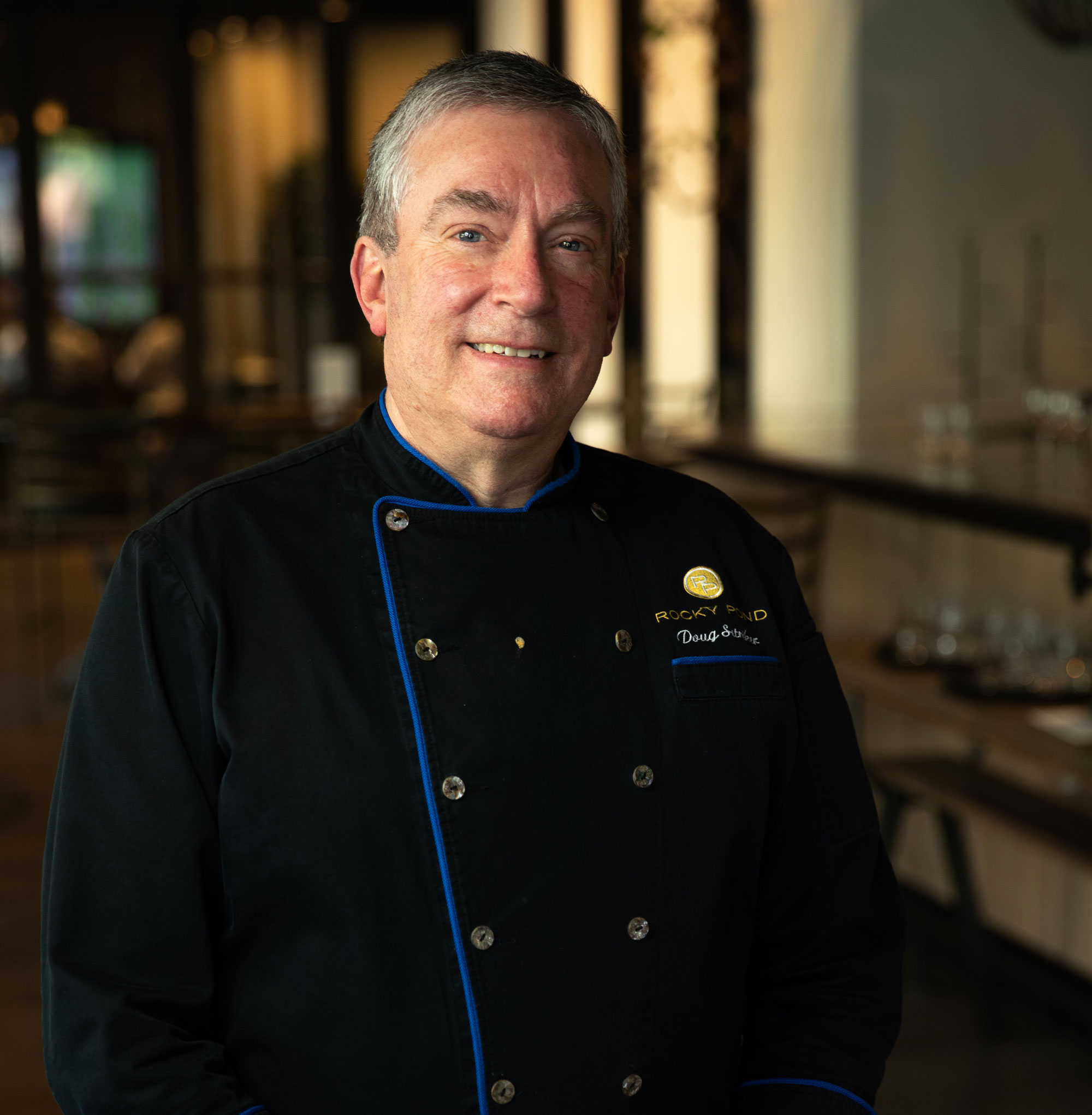 “I am excited to have the opportunity to work with the dynamic team at Rocky Pond Vineyards. My journey to this point has provided me many great culinary and life lessons. From a culinary school in New York to hotel foodservice and corporate dining, from events serving thousands to private dinners for a few, I have put passion and experience into every dish I serve. The most important people I have ever served are. . . you and the next guests whom I have the honor of preparing a memorable experience for. I see this as a culmination of a great collection of experiences in my life that help me to prepare and share exceptional experiences at Rocky Pond Vineyards.” 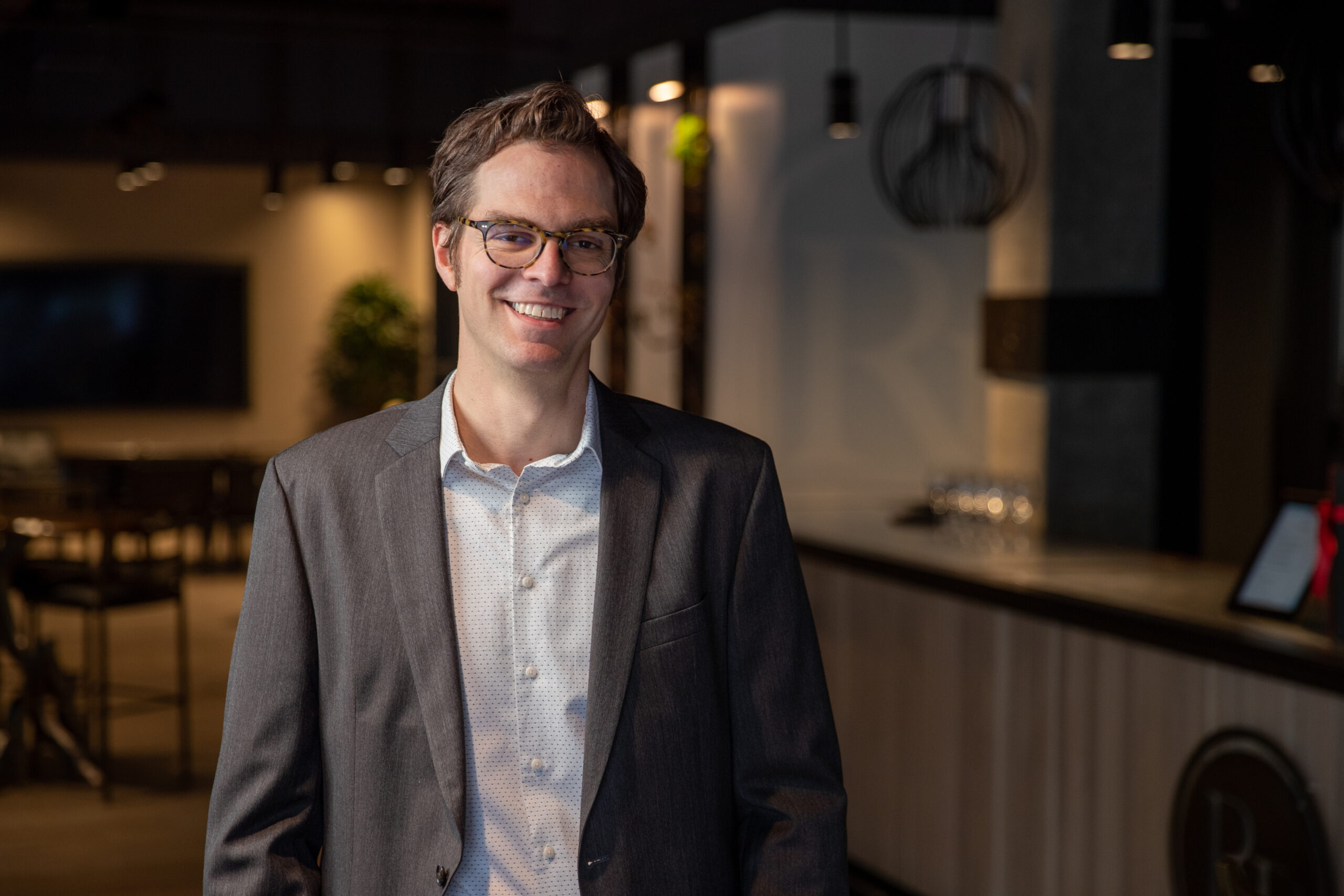 Previously the winemaker at Soos Creek Wine Cellars, Jonathan has eight years of wine making experience. After visiting numerous wine regions throughout the world, Jonathan decided to leave corporate finance to pursue the science and art of wine making. He holds a Bachelor’s degree in Finance from the University of Wisconsin and has completed numerous courses at the Northwest Wine Academy.

Washington Tasting Room Magazine named Jonathan Kaczmarek as one of the 2019 Movers and Shakers in the Wine Industry. Click Here to Read the Article 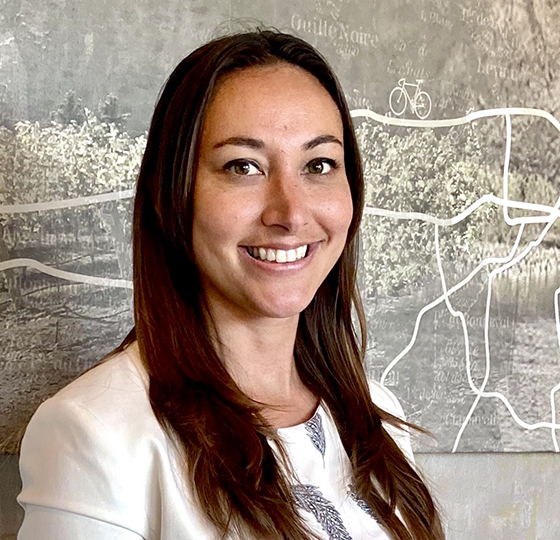 Holly La Porta-Jones joins Rocky Pond as our Woodinville Tasting Room Manager. Born in Hawaii, Holly is a graduate of the University of Hawaii and worked as a Restaurant Manager at the Four Seasons Hualalai before joining Southern Glazer’s Wine & Spirits as a Fine Wine Specialist. Holly holds her Level 2 Certified Sommelier Certification from the Court of Master Sommeliers and her WSET Level 2 Certification from the Wine & Spirit Education Trust. 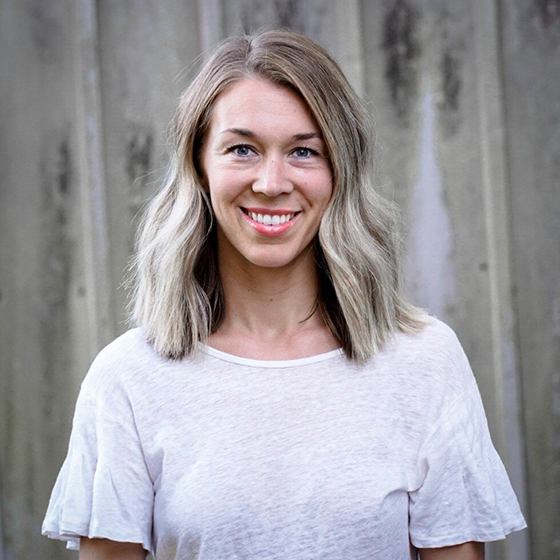 Alison was born and raised in Washington. She graduated from the University of Washington with a degree in Journalism and went on to spend almost a decade in the corporate world. It was there that she learned how to best support senior leadership, while also taking on additional accounting and aviation department duties.

Her desire to grow and expand into a new industry is one of the things that brought her to Rocky Pond, where she uses her keen eye for detail, past experiences, and office savvy to keep the day-to-day office duties running smoothly. Danielle joins Rocky Pond after working in the start-up real estate technology industry for the past 5 years. After receiving her degree in Business Administration and Marketing at Pepperdine University and working in Los Angeles, Danielle returned home to Washington where she could apply her customer service experience and operational expertise to elevate the Rocks Society membership.  Danielle recently completed the WSU Viticulture and Enology certification programs. She also holds a WSET Level 2 designation.

“I am extremely excited and honored to join this amazing team. Having been able to be exposed to many different wines, foods, and cultures throughout my life, I want to create memorable experiences for our members and guests.  We want to have every person leave our doors with a 6-star experience.“

HOLLY LA PORTA JONES | REGIONAL TASTING ROOM MANAGER
Holly joined the Rocky Pond team in 2020 to open the new Woodinville Tasting Room. Since then, she has been promoted to Regional Tasting Room Manager overseeing wine sales for Woodinville, Chelan, and Leavenworth tasting rooms. Holly has extensive hospitality experience starting her professional career with The Four Seasons Hualalai in Kona, Hawai’i. Developing her passion for wine, Holly joined Southern Glazer’s Wine and Spirits as a Fine Wine Specialist selling and servicing restaurant and resort accounts. One of her many strengths is educating teams with both general wine knowledge and specific wineries. She has a Bachelor of Science from the University of Hawaii at Manoa Honolulu, Hawaii, and is a Certified Level 2 Sommelier. Additionally, she holds a WSET Level 2 designation. DAVID AND MICHELLE DUFENHORST | OWNERS
While biking through old world vineyards, the European devotion to family, dedication to the land, and pride in their wine resonated with David and Michelle. David’s business savvy in connection with the land, coupled with Michelle’s talent for bringing people together shine through in their passion for wine.

Together they bring a beautifully balanced “blend” to their winery. 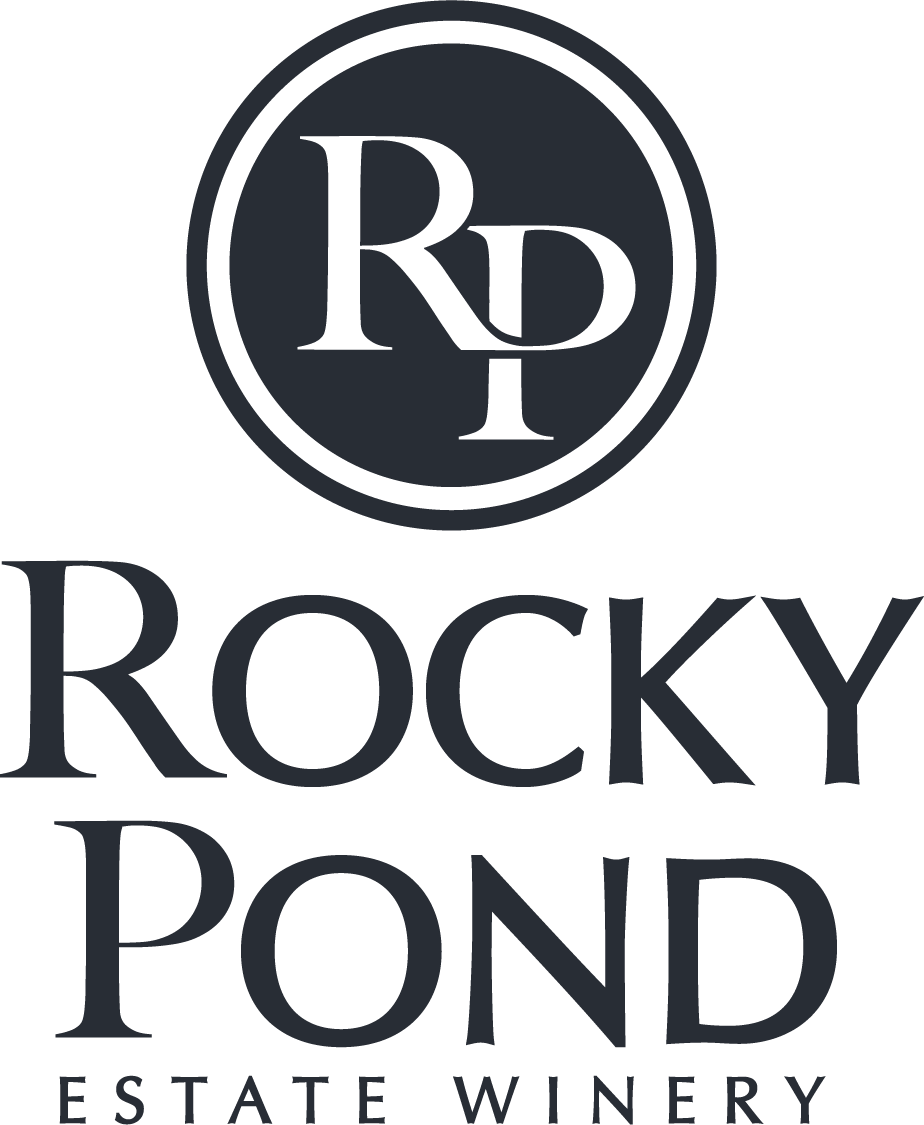 "It's all about the experiences..." 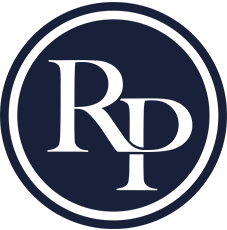